We moved back into the house in April 2013 and began the implementation of the new design.

We started with a broad implementation plan for 2013 as our main focus was settling back into the house and finishing internal renovations. This winter I will create a more detailed garden plan, including sowing, planting, harvesting and pruning.

implement the redesign of the back garden

focus on the house and enjoy the garden

implement the structural aspects of the side garden design: cut back the hedge to the car park, create the beds, create the pond, plant the apple tree, make the wildlife homes

create a detailed growing plan for the coming year

The implementation so far (til winter 2013)

It was great to see the perennials already looking strong in the cold spring we had. 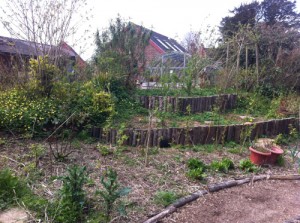 The side of the house was left with very dry, compacted bare soil as most of the traffic for the building work took place here. 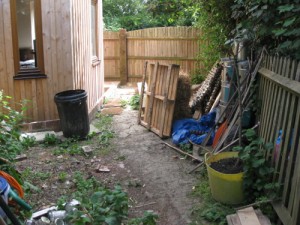 We constructed the new raised beds at the front of the house. 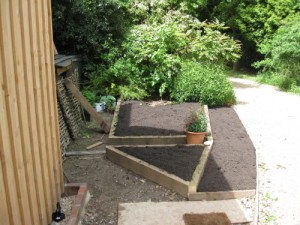 Mixed some seeds for the polyculture. 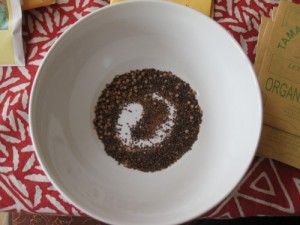 And a few weeks later… 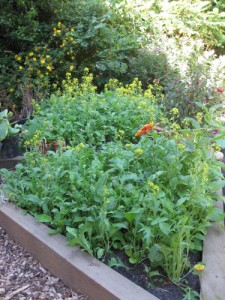 We gave the work of the brick patio to our builder and Tilo constructed the raised beds, while I was designing and ordering herbs! 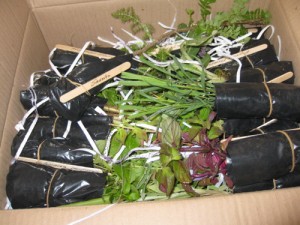 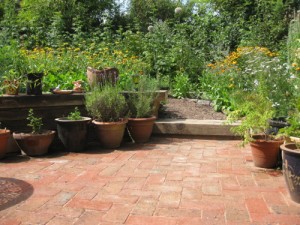 The second year of the blueberry and cranberry bed with a rogue willow doing very well! 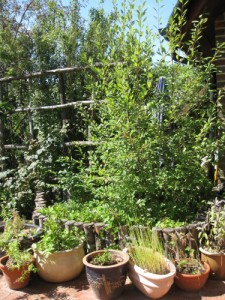 The culinary bed with annual greens and herbs with myrtle in the middle for the symbolism from Greek mythology being sacred to the goddesses Aphrodite and Demeter as well as being nitrogen-fixing and beautiful.

The healing herb bed with the as yet small pear tree and fruit bushes in the background. 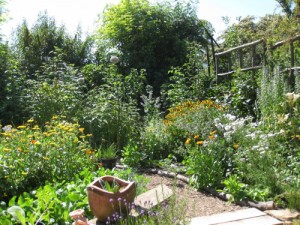 The second year of the apricot tree guild with lupins flourishing at last! 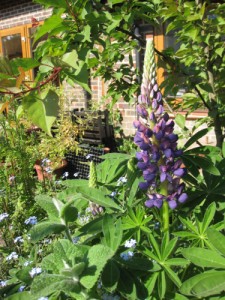